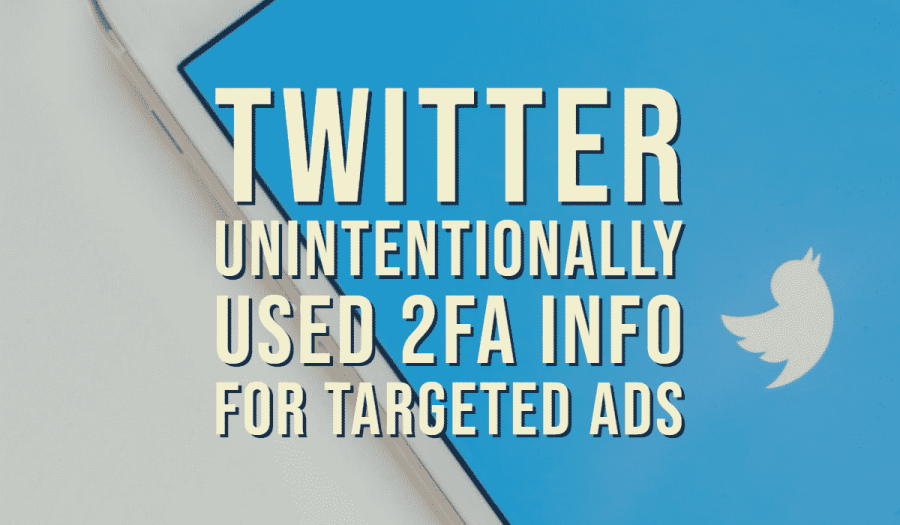 It includes the news that Twitter inadvertently sent users’ email addresses and phone numbers that were provided for security purposes, including two-factor authentication (2FA) phone numbers, to advertisers for targeted marketing.

Their Tailored Audiences and Partner Audiences advertising systems were the lucky recipients of the lead information.  These entities allow advertisers to target ads to customers based on their own marketing lists.

While Twitter does not know the true impact of how many users were affected, they offered a statement to provide transparency of the situation.

While we can expect an update from them as information becomes available, it does emphasize more than ever that taking measures to protect your identity and online security doesn’t always mean it is just against cybercrime.  You are a target no matter what the bounty – and in this case, it’s your dollars as a consumer.