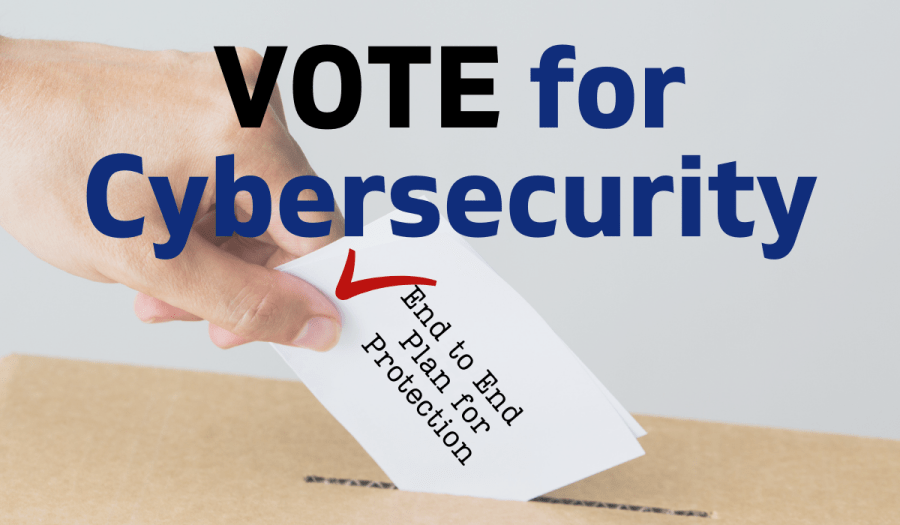 No, this is not a political post.  In fact, we know that there are some topics that don’t even merit an effort to try to discuss.  They’re important, but differing opinions each hold their own value.  But when it comes to cybercrime, we should all be a united front.  There is one choice, and that is to make it a top priority with a solid plan to defend and uphold a business’s cybersecurity and the entire network from end to end.

With recent reports of personally-identifying information being sold for more than 200 million Americans – including their voter registration data, we are so vulnerable to being hacked.  This news came AFTER United States officials announced that personal information was being targeted and obtained by Russia and Iran.  Let’s make that clear:

They warned us.  They were specific.  We still fell for it.

Next, cue the fallout when a decision is made is conspiracy theories erupt based on our lack of trust of foreign nations.  But wait, WE were the ones that fell for the phishing scam.  When do we start to put the responsibility on ourselves for taking a stand and educating ourselves, our colleagues, and our family members to protect our privacies?

This is not something that should be up for debate: Cybersecurity needs to be a top priority.

Ongoing education is key.  These tactics are ever-changing, and they are such big business, that it would be hard for the “common man or woman” to stay informed on what the latest threats were outside of the news headlines.  Sadly, by the time this news reaches the general population, it is often too late.

A strong cybersecurity program at a business means addressing remote workers, informing your employees of ongoing threats and tactics used by cybercriminals, and daily reinforcement.  Breach Secure Now offers that – and more.  We offer interactive and engaging content and product resources that provide humans with the tools needed to stay informed and armed to fight cybercrime.  And human error is the number one way that breaches occur.  When the workforce is informed, they tell their friends and family members so that even if they aren’t part of a cybersecurity program, they learn through the people that are.

With so much emotional and financial resources being put into the upcoming election, and causes being brought to our attention to care about, the one thing we can all – or SHOULD all – agree on, is that a strong cybersecurity program will be one of the greatest plans we can move forward with.  It defends our nation starting with the individual, and in the case of a data breach, the individual is as mighty as the whole.