Smart Speakers, Are You Listening? 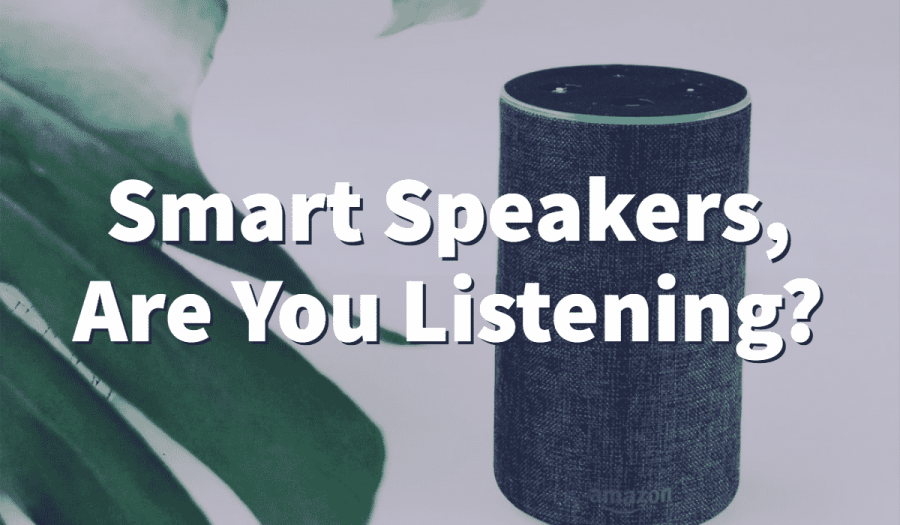 Alexa, What Are You Collecting?

At the top of many holiday gift lists was a smart speaker device.  They can make our life easier and more convenient with integration across all of our devices, taking efficiency to the next level.  And it is likely we’ve all made a new friend in Alexa, Siri or their Google cousin in the past year.  Whether we brought them into our own home or met while visiting friends, it is likely our paths have crossed with a device that is now part of one’s household.  In fact, we can even call them by name.

While the technology has come far since the first introduction a few years ago, there is still reason to be cautious when using these devices.  First, not everyone has the latest version in their home.  That includes hardware and software.  Unfortunately, we don’t all do the patch update, and this can mean that even if a device does offer the latest version, it isn’t always downloaded and being used with the latest security offering.

Second to this is the fact that if you are speaking to a unit and waiting on a response, that data is likely being collected, and it is definitely being monitored.  Otherwise, they wouldn’t work at all.  And even if you aren’t talking to it directly at any given moment, it is on, listening, and waiting to respond – which means that whatever you are saying is being heard somewhere, by someone.

Siri, Should I Be Worried?

Despite the obvious issues that may be presented from allowing these listening devices in our homes, sales continue to rise.  Many consumers believe that they don’t have anything relevant to steal or worth sharing, but as with any data, it is all valuable.

So, should we toss them in the garbage?  Probably not.  But we should ensure that all action is taken to make them as secure as possible.

The post Smart Speakers, Are You Listening? appeared first on Breach Secure Now!.

The Hacker Got Hacked